Adding a remote control interface is one of the easiest, and cheapest, things to include in an Arduino project.  It's got a lot of wow factor when showing the project off to your friends, plus it's the ultimate in control... no need to get off the couch!  Though the coop is outside, so in this case.. no need to go into the chicken pen!  If you like this idea you might also want to check out my remote control fish feeder, which is couch-accessible.

Check out this video to see the remote in action...

, which I also use for my home TV and stereo, to control the coop.  I programmed it to send signals for a standard Sony TV which my Arduino picks up and interprets as chicken coop control signals.

Just about any universal remote would work, but I like this one because Logitech offers software for their line of Harmony remotes which can be used to highly customize the remote.  I can label the controls as I like, such as "Control Chicken Coop" for the activity. 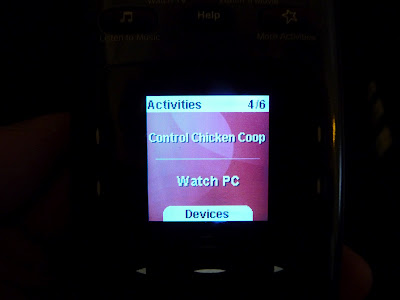 Selecting this activity also sets my TV to the closed-circuit audio/video inputs for my Chicken Cam so I can see what they're up to at night. 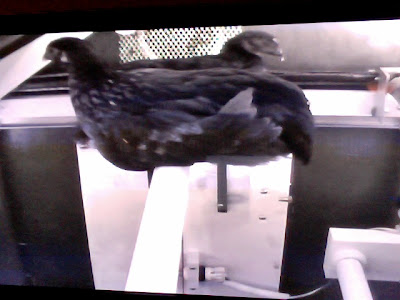 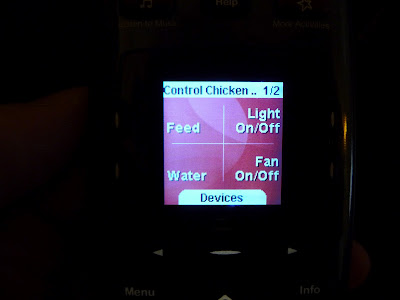 And on page two of the actions Open Door and Close Door. 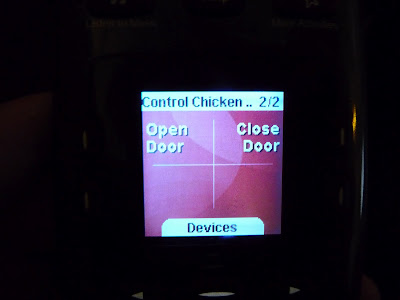 These actions are really sending a signal like standard Sony TV Remote like "Button 4 Pressed", "Button 0 Pressed", etc. and I've mapped these in the controller Source Code to the corresponding action for the coop.

I mounted the infrared sensor just on the other side of the screen on my egg-shaped window. See the Controller page for details on the components used for this. 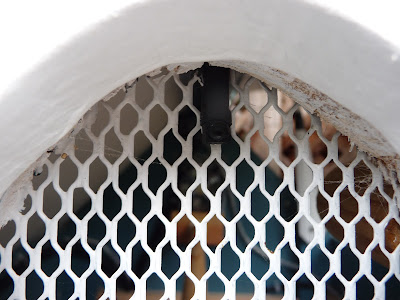 The details of this component and link to a tutorial are in the Controller section. 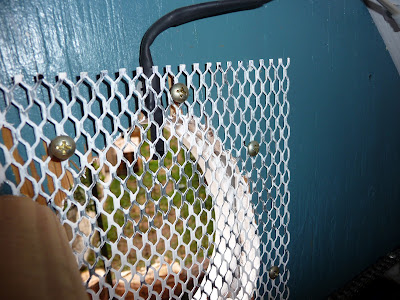