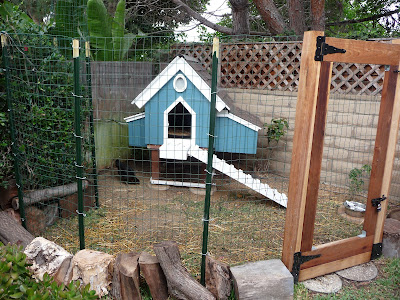 I finished this chicken coop in June 2012.  It's different from other coops you may have seen because it's controlled by an Arduino Nano micro-controller computer.  Why control a chicken coop with an Arduino computer?  Automating things is my hobby.  If you found this blog you probably have this hobby as well, or else you're just scratching your head.  Maybe it was seeing Pee-Wee Herman's Breakfast Machine as a kid that got me hooked on the idea of having machines do things for me, but lately, I'm doing this because it gives me some time back in my busy schedule that I would normally spend taking care of my pets.

My wife and I are keeping chickens for the eggs, but I don't want to have the responsibility of locking the chickens in EVERY night to keep them safe from coyotes or bobcats that could do them harm.  I definitely don't want to get up at sunrise to open the door to let them out to roam.  I also want to make sure my chickens have fresh water, food, a comfortable coop, and encourage them to lay eggs.  That would take a lot of time, which I don't have.  This coop does all of these things for me and more.
💡Lesson Learned:  A few years after this coop was built, my next-door neighbor lost one of their chickens to a bobcat and woke me up to help chase the cat out of the coop.  The automatic door is indeed very important for safety!

First a video tour of the coop...

If you're new to raising chickens I recommend that you pick up Raising Chickens For Dummies, which was a tremendous help to me.


Being raised in the suburbs I had no idea how to keep a chicken, let alone their habits before reading this book.  Having a lot of friends with a similar non-farming background I have heard a lot of questions proving the point that a lot of people do not know much about chickens: "How can you get eggs if you don't have a rooster?" or "What the heck is a pullet?" or "Why do they always go in your coop at night?  Did you train them?"

This last question is really the key to having a door that automatically opens and closes to keep them safe at night.  The day my wife and I brought the pullets home I put them in the coop myself because we were going out for the night.  On day two I sat in my lawn chair and watched them poke their head in the coop and head right in at sunset.  This happens because chickens instinctually look for a high place to roost at night.  Having a light come on inside the coop at sunset may also help, but not nearly as much as whatever is built into their brain that says "seek higher ground!"  In my backyard pen, the highest place is the roosting bars in my coop.  And the coop is raised up on posts.  I'm still amazed by this natural instinct that makes this process work.  I certainly wouldn't call it a thought process, because chickens seem to be as dumb as doorknobs to me, but they are precious, and I want to make sure their empty heads are protected. 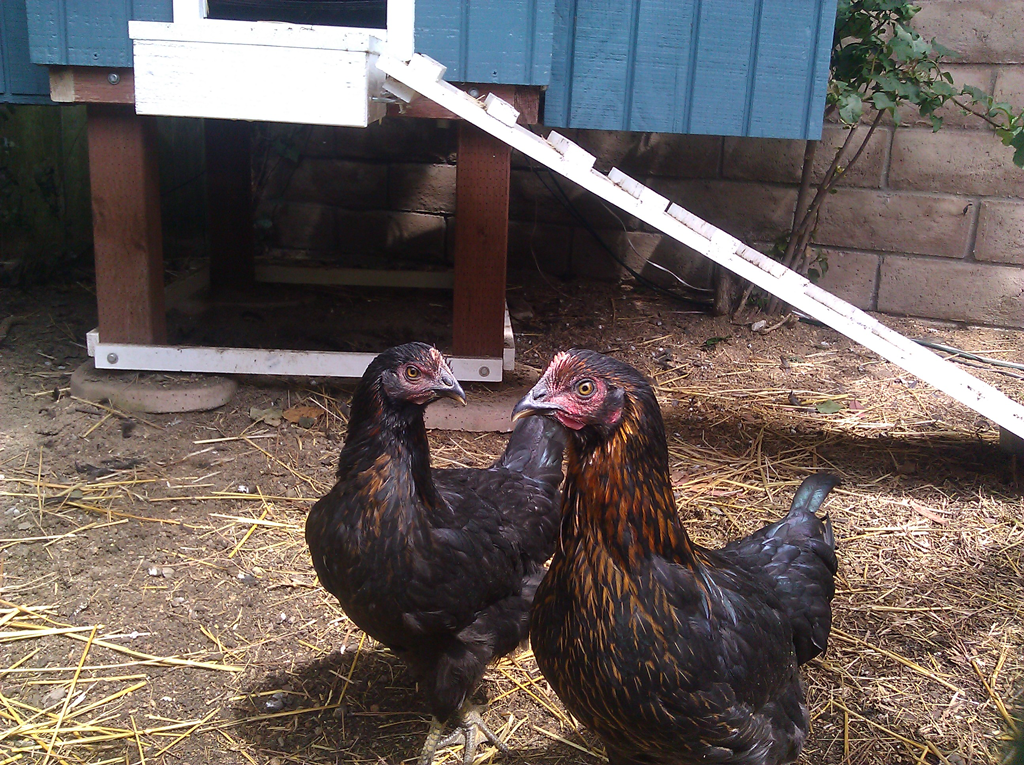 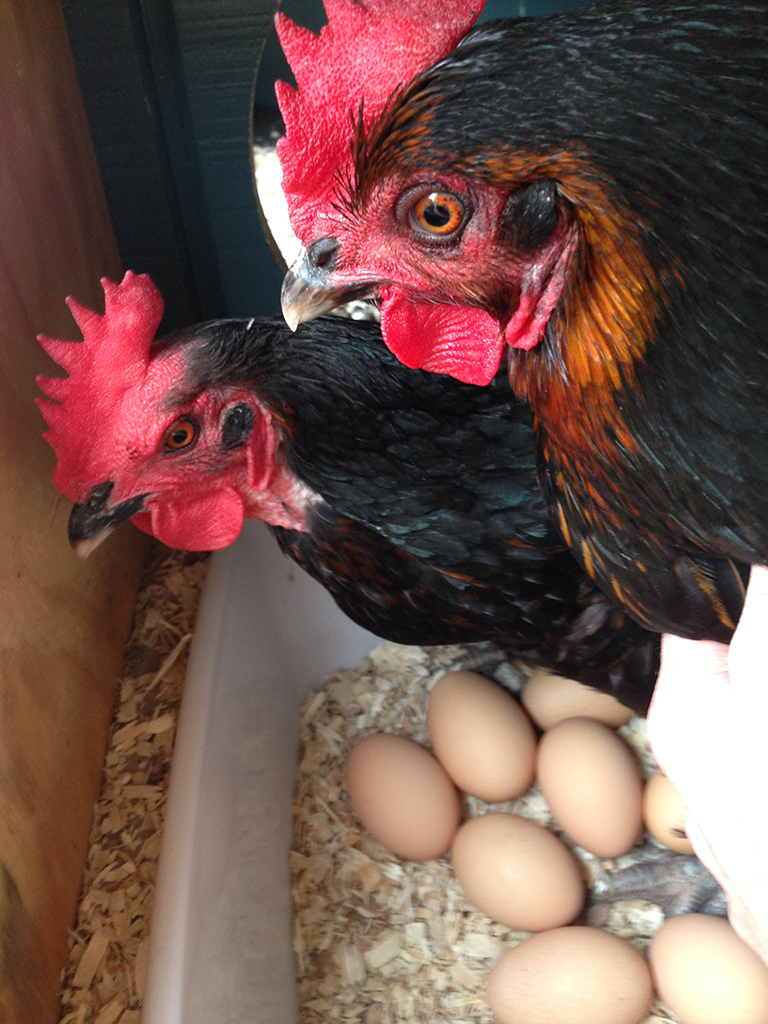 
Check out the rest of the pages of this blog for details on the build!

Along the way, I have highlighted some Lessons Learned with the 💡icon.
Posted by Roger Reed at 4:03 PM